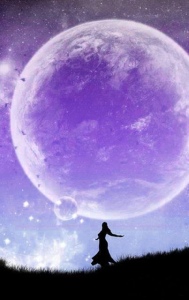 July 27,2018 the Full Blood Moon or as I call it the karmic moon. This moon will release karmic ties and any leftover issues that go with it. Releasing anything or anyone that does not resonate with your higher self. The release of negative relationships both old and new will begin to take place. The old belief patterns about the divine will start to fall and fade into the past. 🙏

Connecting to the true creator is an enormous and emotional awakening for all humanity. Wars will come to a tipping point after opposing beliefs reach a breaking point, this is a prophecy moon indeed but not in a end of the world state of mind. Burning through the surface Terra Gaia (Earth) will also cleanse herself in what may be a harsh and sudden release of the dragon energies. 🐉

Burning through the poisonous gases and pollution that has choked her for the past 6000 years. Cycles begin , cycles end and for the new energies to flourish the old must perish . So let go, and let love flow 💜💜